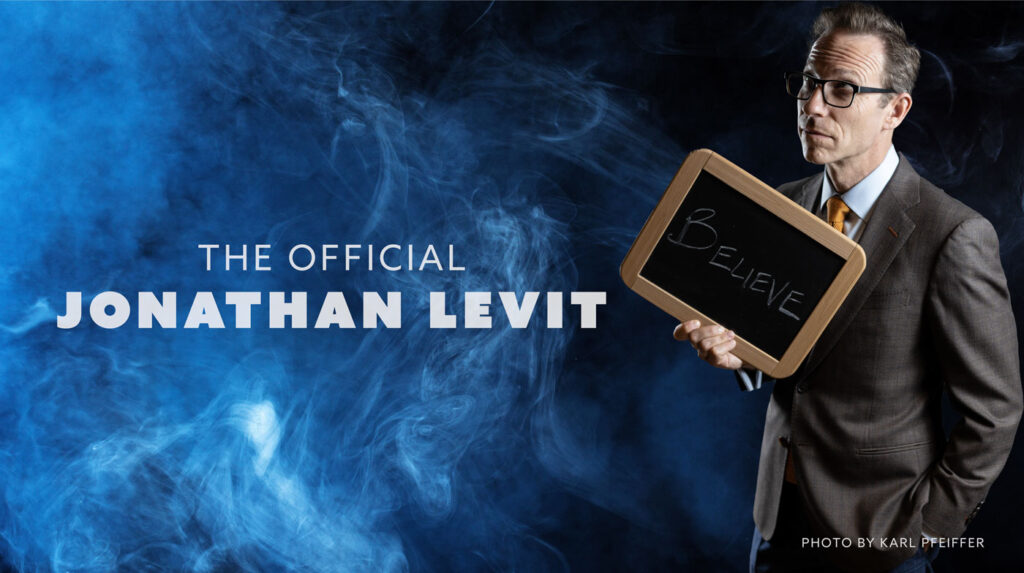 Jonathan Levit wears many hats within the entertainment industry. He is an actor, television host, producer and writer. But, magic is always his constant, finding its way into all aspects of his life and career.

Jonathan has hosted shows for a variety of networks including THE DISCOVERY CHANNEL, THE SCIENCE CHANNEL, VH-1, THE BIOGRAPHY CHANNEL, EQUATOR HD and the FINE LIVING NETWORK. As an actor, he has starred on shows for NBC, ABC, NETFLIX, USA, and FOX.

As a magic consultant. he taught Jack Davenport to do magic on “FLASHFORWARD” (ABC), David Duchovny on “THE X-FILES” (FOX), Jesse Eisenberg, Dave Franco, and Ayla Fisher in “NOW YOU SEE ME” (SUMMIT), and Steve Carell, Alan Arkin, and Olivia Wilde in “THE INCREDIBLE BURT WONDERSTONE” (New Line Cinema). He continues to consult on a variety of television shows and films.

Levit continues to develop and produce scripted and unscripted projects for television and film.